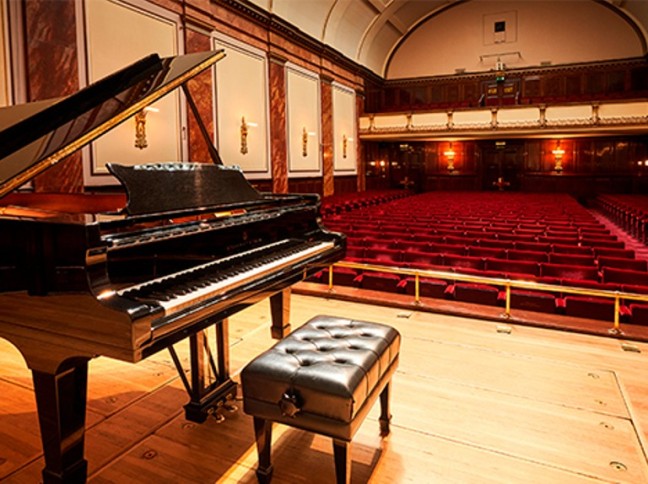 If by any chance you follow me on social media, you may recall that before the coronavirus took hold in the UK, I was an almost absurdly frequent visitor to London’s Wigmore Hall, one of the world’s finest venues for performances of chamber music; for some years I had been going there so often that friends would joke about it being my second home. My last visit to the Hall was on 3 March to see the Belcea Quartet playing Beethoven; or perhaps I should say my last physical visit, since I’ve paid 20 virtual visits to the Wigmore over the last month, thanks to the glorious series of weekday lunchtime concerts streamed live between 1 and 26 June. You may have been fortunate enough to catch one or more of the concerts yourself. I planned to watch all of them live (though in two or three cases I had to catch up with them a few hours after they’d been broadcast); knowing that the musicians were actually there performing at that very moment, just four and a half miles down the road from where I was sitting, added to the poignancy of the viewing experience.

Of course, it wasn’t the same as being seated there in the second or third row, where one can really savour the subtle textures of the string playing, catch the quick, quiet intakes of breath by the singers or wind-players, and feel the fortissimos of the Steinway like a blow to the stomach. But watching the concerts on my TV – besides the opportunity just to listen to them on Radio 3, it was and is possible to access them through the Wigmore’s website or, as I did, via the YouTube app – proved to be an extremely powerful experience for different reasons. Seeing just one or two musicians on stage, with only a BBC presenter and the Wigmore’s director John Gilhooly seated on opposite sides of the otherwise empty auditorium, felt like a vivid symptom of the strangeness of the times we are living through. That much became immediately apparent with the very first concert, as pianist Stephen Hough began with Busoni’s arrangement of the Chaconne from Bach’s Second Partita for solo violin; I’m sure I’m not alone in counting the Chaconne among my favourite pieces of music, and I imagine I wasn’t alone in having tears well up in my eyes as Hough made his magisterial way through its 64 variations. He followed it with Robert Schumann’s lovely Fantasie in C, and for an encore returned to Bach in the shape of Gounod’s purloining of his First Prelude for ‘Ave Maria’. Again, unsurprisingly, the tears welled. This was a simple but eloquent reminder that, even in times of darkness and uncertainty, there is a place for beauty, and cause for hope.

If some of the encores during the first week tended towards the faintly nostalgic or emotionally over-determined (which certainly didn’t diminish their power, let alone the excellence of the performances), there was no denying the overall quality and rich variety of the programming. I suppose there could perhaps have been a few more contemporary compositions, but this was a pioneering project put together quickly by the Wigmore and Radio 3, and given the presumed aim of attracting a wide audience, the choices felt both imaginative and appropriate. (Moreover, the day before the series of concerts finished, the Hall let it be known that it would soon be commissioning 12 new pieces inspired by the current crisis, and was looking especially for new and diverse voices.)

For the concerts, Gilhooly had to invite musicians who lived in London or within fairly easy reach of the city; in some cases, for reasons of spacing on the stage, they even had to be from the same household. And within those constraints he managed to put together four pleasingly balanced weeks where solo performances sat alongside Lieder recitals and instrumental duets involving violin, viola, cello, flute, clarinet, oboe and piano. Composers ranged from John Dowland and Henry Purcell to new music by Huw Watkins and Michael Berkeley, with plenty of Bach, Beethoven, Schubert, Schumann and so forth in between. Well-known, long-established musicians were to the fore – think the likes of Steven Isserlis, Paul Lewis and Imogen Cooper –  but it was also possible to encounter dazzling young talents like Sean Shibe, Hyeoon Park and Benjamin Grosvenor, Benjamin Baker and Timothy Ridout. And thanks to polished technical presentation, we were able to witness all the remarkable musicianship close-up, with cameras frequently focused on faces and fingers.

It’s unwise, I think, to single out ‘bests’ from a series of 20 concerts so consistently impressive as these; apart from the obvious fact that I’m no musician myself, I tried awarding them points out of 10 to reflect my own layman’s enjoyment, and not one slipped below 8. (By the way, I would never give a straight 10, because I consider outright perfection an impossibility – there is always the chance that something even better might come along, in which case, what do you do? Go the Spinal Tap route of going up to 11? I think not. So I ended up having to award some concerts in the series 9.5 points.) Many of these programmes ended up flooring me at some point with a piece that was judiciously selected and brilliantly performed, so there are too many highlights to mention. But just in case you’re interested in trying out some of these gems for yourself, here are five personal recommendations – one from each of the first three weeks, and two that closed the fourth and final week. (Note that each concert is only available for one month after its initial broadcast, so the first will disappear after Wednesday 1 July.) I hope you find much to enjoy. And if you do, please do consider donating to the Hall – the price of a lunchtime-concert ticket, say – because that will not only help one of the world’s great musical venues to survive these difficult times, but all those musicians linked with it in one way or another.

Finally, if any of the musicians, or any Wigmore or Radio 3 staff, involved in the concerts happen to read this, I’d like to offer my heartfelt thanks for what was undoubtedly an extraordinary achievement, not to mention a real tonic. I’m already looking forward to hearing more about the next series coming up in September.

For details about the Wigmore Hall, click here. For lyrics and translations for the song recitals, visit Oxford Lieder.