This time last year I posted a piece highlighting some favourites movies of mine which had been released on disc during 2017; I hoped it might prove helpful for anyone wondering what to buy for Christmas presents. It seemed to go down quite well, so this year I’ve decided to repeat the exercise, with some music thrown in for good measure. This isn’t my ‘best-of-the- year’ list, which is still to come, though obviously some of the titles mentioned below will feature on that; rather, it’s a selection of films and musical gems released in 2018 which I’ve deliberately made quite varied, in the hope that you might find at least one thing you might like to give to a loved one (or, perhaps, to yourself). As last year, in the case of the movies, it’s the films themselves that have swayed my decision, rather than any additionality. (In the interest of transparency, however, I confess to having contributed to the extras on a couple of titles listed – that, however, is definitely not why I chose them, and sadly I get no royalties from any sales!).

Anyway, I hope you find one or two of the recommendations useful in making your seasonal shopping a little bit easier.

Billy Wilder’s greatest film (despite having been cut), a witty, imaginative and unexpectedly affecting addition to the Holmes oeuvre.

Robert Altman’s star-studded contribution to the country-house murder-mystery genre, and an insightful portrait of a society on the brink of change.

A clutch of classic postwar westerns from a master of the genre, including the masterpiece The Tall T – I don’t actually have this yet, but it’s only a matter of time…

Jazz, folk, blues or whatever:

Sumptuously lyrical jazz from the great Norwegian saxophonist, here leading a quartet for the first time in some years.

Upbeat, inventive and driving jazz from a quintet led by (Led Bib) bassist and composer Donin. 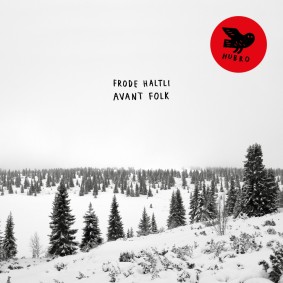 Mainly folk, but also jazz, rock and much else in a lovely set led by accordionist extraordinaire Haltli.

That’s Susanne Wallumrød of the marvellously limpid voice, here excelling on a range of folk, blues, pop and even classical covers, sensitively accompanied by fiddle, accordion and baroque harp.

More often heard on the cello, Bach’s gems feel lighter and more dance-like on the viola.

Pieces for cello and piano by Schubert, Schumann and Iranian expat Reza Vali.

Various works by Schumann for clarinet, viola and piano – and one by Widmann himself.

The composer conducts the BBC Symphony Orchestra and Singers in a terrific performance of his opera; of the excellent cast, Gerald Finley shines as Robert Oppenheimer.

A trio of extremely engaging orchestral works performed by the Hallé and BBC Symphony Orchestra under Ryan Wigglesworth and Edward Gardner, with Adam Walker and Alina Ibragimova as dazzling soloists.

The Danish composer’s delicious quartets played to perfection by the Ardittis.

Five fine pieces for strings and piano performed by the Mariani Klavierquartett, the Amaryllis Quartett and (see above!) Huw Watkins.