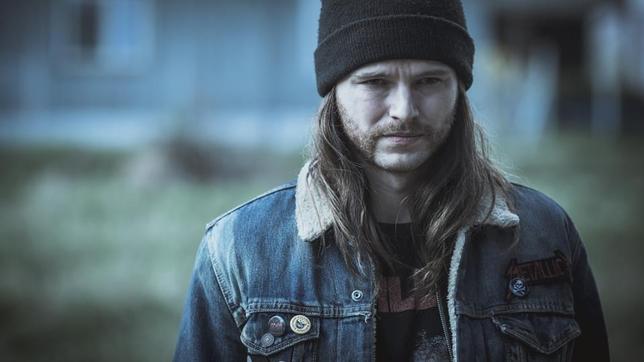 There’s a new movie out in the UK this week – Mug – though, as is now so often the way with foreign-language titles, it is receiving a disappointingly limited release. I imagine it will probably end up appearing on other platforms, however, so I’d like to draw attention to the film now. It’s well worth it; it won the Grand Prize – effectively the second prize – at this year’s Berlin Film Festival, and not a few of us felt that it should have won the Golden Bear.

But then I’ve been an admirer of the work of its director, Malgorzata Szumowska, ever since I saw her feature debut, Happy Man, at the Rotterdam Film Festival many years ago. Since then, she’s gone on to become one of Poland’s leading (and, at least in that country, most controversial) filmmakers, and I myself think Mug (or, to use its Polish title, Twarz) is one of her finest films. Here is what I wrote about it for Sight & Sound magazine after catching its premiere in Berlin:

It’s sadly impossible to write in any detail about Malgorzata Szumowska’s darkly satirical yet enormously enjoyable new movie without having to include a narrative spoiler. For the first half hour, it seems primarily to be the tale of an outsider longing (albeit somewhat half-heartedly, given his easygoing nature) to escape a deeply conservative rural community: construction-worker Jacek (Mateusz Kosciukiewicz) loves listening to heavy metal, larking around with his girlfriend Dagmara, arguing and joking with various members of his extended farming family, and dreaming of a life somewhere more exciting – London, maybe. But then one day, while he’s at work with his mates building the world’s tallest statue of Christ, the unthinkable happens, and he becomes the recipient of Poland’s first face transplant.

Mug – and it might help the film’s box-office prospects if a more appealing and evocative English title could be found – is the latest addition to a long and very rich tradition of films about facial disfigurement: from A Woman’s Face and The Face Behind the Mask through The Elephant Man and Mask to The Officers’ Ward and Suture, to name but a few. What distinguishes Szumowska’s film, however – and makes it, in its own way, almost as unusual as the last of the aforementioned titles – is its refusal to descend into melodrama or even to have a little tug at our heartstrings. Indeed, for all the many problems the protagonist has to confront after the transformation of his appearance, in rigorously eschewing mawkish sentiment Szumowska and her regular co-writer (and extremely talented cinematographer) Michal Englert leave ample room for comedy in what she has described as a ‘fairy tale for adults’.

Actually, to talk of a protagonist is perhaps a little misleading, for while our point of view is for the most part aligned with Jacek – and we are certainly made well aware of his feelings about his new, often painful predicament – the film is a portrait not so much of one character as of the entire community in which he lives. Even before his accident, we see not only the close-knit comforts of that society, but also its racism, complacency, ignorance and Catholic trappings (and, bearing in mind Szumowska’s earlier In the Name of, I use that word advisedly).

After his emergence from hospital, as he strives to cope not only with an unrecognisable reflection in the mirror but with the attention of the media, the callousness of the authorities, the prejudice and indifference of locals, and confusion even within his own immediate family, the shortcomings of the community Jacek had once thought of escaping come into sharper focus.

Because his ability to speak clearly has also been affected, it is not merely his new face – in normal circumstances a definer not only of identity but of feelings – that proves problematic; people soon tire of trying to understand him. (Here, mention must be made of the remarkably expressive performance, notwithstanding the heavy make-up, of Kosciukiewicz, seen previously in In the Name of.) In the end, however, as Jacek reminds Dagmara, it is not so much he who has changed, in terms of simply remaining himself, as some of those around him.

In this regard, Mug is highly characteristic of Szumowska’s work; ever since her debut Happy Man, in films like Stranger, 33 Scenes from Life and Body, she has been dealing, in her extremely versatile way, with the various social and psychological consequences of physical illness or change, the relationship of the body to the mind or the soul, and the often troubled relationship of individuals to the world around them. Here, she touches insightfully on a range of serious issues, yet her tone is often playful, even mischievous, particularly when dealing with the shortcomings of the Church. (The local priest, given to prurient questions during confession, and not averse to a little exorcism – prompting one of the film’s funniest scenes – is the source of some especially droll humour.) What makes Mug all the more impressive is that Szumowska manages to negotiate these tonal shifts so smoothly that even while we laugh, we keep in mind both the shortcomings of certain aspects of Polish culture, and their effect on the increasingly isolated but ultimately indomitable Jacek.

Mug is on limited release from Friday 7 December.