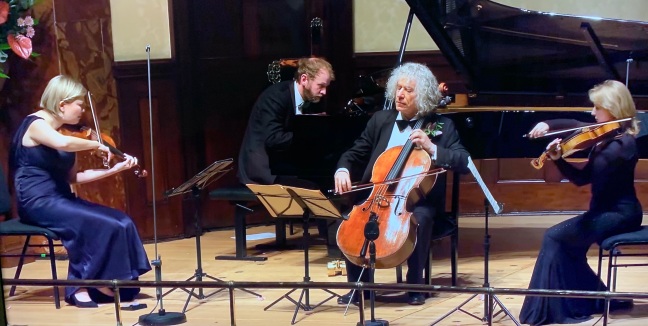 Even under normal circumstances – and the recent far-from-normal circumstances have only slowed me down further – I am not a fast reader; consequently, vast swathes of literature of the lengthy variety remain uncharted by yours truly. (That said, I am still, I think, the only person I personally know who has read Don Quixote in its entirety, but to almost every rule there is of course an exception.) So War and Peace? Never even started it. Les Misérables or Martin Chuzzlewit? Likewise. Moby Dick? Abandoned after a few chapters. The Bible? Gave up at early Genesis. So Marcel Proust’s A la recherche du temps perdu – which one of my friends recently told me he’s embarked on – was never going to strike me as an unputdownable must-read; with my lack of reading momentum, I was never likely even to pick it up in the first place. I was not, in short, about to go in search of lost time; it would take me far too long to find it. To me Proust’s masterpiece would always remain an unread intimate epic about some French guy who upon tasting a cake sinks into a reverie about his past. My loss, undoubtedly, but each of us has to decide how best to spend one’s time.

In my case, for most of my adult life that decision has revolved to no small degree around movies and music, and, as some of you may have noticed, in recent years I have devoted more and more time to live performances of what is loosely categorised as ‘classical music’. A developing interest in chamber music led to many visits to various London venues specialising in non-orchestral fare, and before the recent second lockdown I was fortunate enough to obtain tickets for several socially-distanced concerts at the Wigmore Hall. I should add, for the sake of accuracy, that the penultimate, somewhat starry event I attended was not so much a concert as such as an illustrated lecture, the illustrations in this case being not film clips, paintings or photos but musical pieces performed live by an array of top musicians. And the subject of the evening? Put succinctly, the musical world of Marcel Proust. The event lasted around 90 minutes, which meant watching it would take me a lot less time than reading his novel. Nevertheless, I learned a lot, was entertained throughout and, for good measure, saw and heard a lot of fine music being sung and  played to perfection. 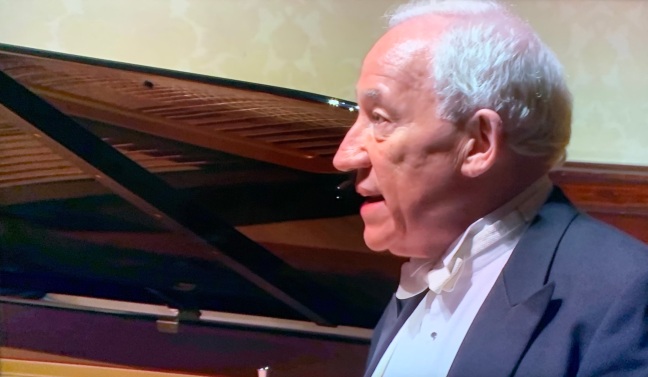 The lecturer, or rather the narrator, was the estimable Simon Callow, who worked his usual wonders with the informative, erudite and witty script penned by cellist Steven Isserlis, who had conceived of the event – long before anyone heard about the wretched virus – in discussion with the Wigmore Hall’s director John Gilhooly. Isserlis has spoken often of his love for some of the French music of Proust’s time, and evidently knows quite a bit about the writer’s life and writings, be it the celebrated novel itself or his journalism, criticism and essays, not to mention the memoirs of Céleste Albaret, the author’s devoted housekeeper. He drew upon these for his narrative, which was punctuated at regular intervals by performances of music which connected to Proust’s world in various ways: either he had written about it as a critic, admirer and fellow frequenter of the Parisian salons (or even, in the case of Reynaldo Hahn, as his lover and friend), or it may have inspired a paragraph or two – or maybe, of course, much, much more – in the novel. So we were treated to music by Fauré, Franck, Saint-Saëns, Chopin, Schumann, Gounod, Hahn and Léon Delafosse (no, I hadn’t heard of him either), though not in that order, performed by such superb  musicians as Isserlis, soprano Lucy Crowe, violinist Alina Ibragimova, violist Rachel Roberts, pianists Connie Shih and Alasdair Beatson, and a few others. There were insights galore, some very pleasant surprises (no spoilers here), and beauty – both musical and verbal – aplenty. 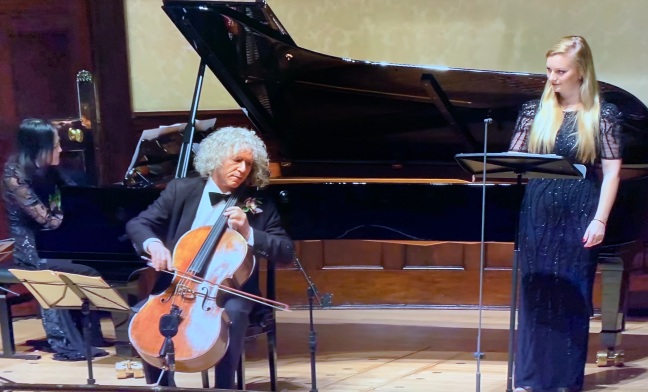 Why am I telling you all this? Because you too, whether you’re a devout Proustian or know as little about him and his writings as I do, can experience this rather wonderful hour and a half. Like all the recent Wigmore Hall concerts, Isserlis and co’s survey of Proust in words and music was not only live streamed but made available on YouTube for a month. You can find it there as ‘Steven Isserlis & Friends Proust Day – Live from Wigmore Hall’. What’s more, you can also find it on the Wigmore’s website, where you can also download the lyric sheet (with English translations) for the songs performed. I’d recommend doing that, as some of the poems set by the composers are fascinating in their own right. Oh, and if you do decide to avail yourself of this opportunity to sample some great literature and great music, don’t forget to make a donation. Musicians and actors need support too.

‘Marcel Proust in Words and Music’ can be found on the Wigmore Hall website – https://wigmore-hall.org.uk – or on YouTube. Performed live on 31st October, it will remain available until the end of November 2020. The top photo shows Alina Ibragimova, Alasdair Beatson, Steven Isserlis and Rachel Roberts; the next, Simon Callow; the third, Connie Shih, Isserlis and Lucy Crowe. All these were taken of the online transmission. The photo below of the musicians taking a bow was taken by the author at the end of the live performance.