While last year’s Cannes – the 70th edition of the Festival – was a little underwhelming, this year’s event turned out to be pretty rewarding, at least in terms of the main competition. While I wouldn’t claim that it produced any indisputable masterpieces, there were many very good films on offer, and around five or six which I myself felt would make perfectly decent recipients of the coveted Palme d’or. In order to reflect these comparatively rich pickings, I felt I should this year increase the number of personal favourites listed below from 10 to 12.

There is another difference from last year. A number of my top films from the 2017 event had screened outside of the main competition; this year all 12 I’ve listed were contestants for the Palme d’or. That not only reflects the fact that I didn’t manage to see anything at all this year in the Directors’ Fortnight or the Critics’ Week; it is also because I didn’t actually see any truly outstanding movies in the Un Certain Regard strand. Unfortunately I missed the widely admired Long Day’s Journey into Night by Chinese director Bi Gan, and regrettably I had to leave Nandita Das’s solid but promising Manto after just 40 minutes. For the record, my favourite films in that strand were the Danish and downright unusual Border by Ali Abbasi, and Meryem Benm’barek’s Sofia – the first Moroccan film, apparently, to have been directed by a woman; I was also fairly impressed by the strand’s prizewinner, Girl, directed by Lucas Dhont, though not as taken by it, perhaps, as many of its admirers.

Anyway, here are some brief thumbnail sketches of the dozen films I liked most out of the 36 I managed to see; I list them roughly in order of preference.

Ceylan’s follow-up to the Palme d’or-winning Winter Sleep is similarly long, measured and talky, but rather more airy and, perhaps, more accessible, since its in-depth study of a young graduate who hopes to become a writer features a noticeably greater range of characters and encounters as he marks time around his provincial hometown, for which he harbours very mixed feelings. Insightful, amusing, and finally very touching in its exploration of fraught family relationships, the film should go down well with Ceylan’s many admirers. I wrote about it at greater length here. 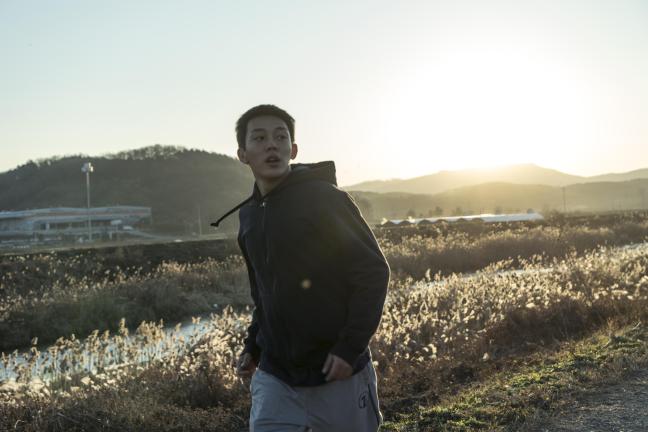 The South Korean novelist-turned-filmmaker returns after a long absence (Poetry was made back in 2010) with a marvellously ambiguous adaptation of Haruki Murakami’s short story (which was itself inspired by Faulkner), about a sexual triangle of sorts which gives rise to jealousy, frustration, class envy and vengeful hatred. Beautifully shot, acted, written and directed, this – like the Ceylan – was a film I’d very much have liked to see winning a major prize. I was very surprised when it didn’t. I wrote about it at greater length here. 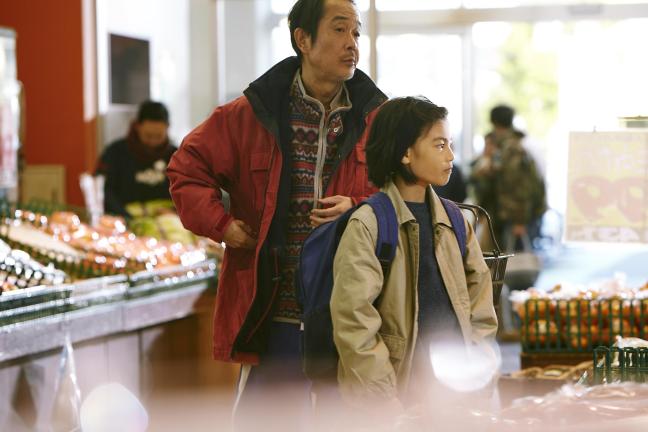 This year’s Palme d’or-winner is in no way obviously superior to most of Kore-eda’s quietly amusing and subtly affecting dramas about family life; but like its predecessors it works its magic in the unflashiest of ways, which may explain why the jury decided to give it the top prize. About a group of misfits living together in a hovel on the margins of Japanese society, the film is both a gentle critique of social injustice and another deft exploration of what exactly it means to be (or not be) a member of a ‘family’, real or surrogate. I wrote about it at greater length here.

Pawlikowski’s follow-up to the much-garlanded Ida is an even more satisfying look at life in postwar Poland, again shot in crisp black and white in the Academy ratio, and again deploying a highly precise editing style to create a pacy, elliptical but highly accessible narrative. Essentially it’s a love story involving a musician and a singer whose passion for one another can barely survive not only the severely straitened circumstances of life behind the Iron Curtain but the very great differences in their own personalities, needs and aspirations. The recreation of the period – especially in the various musical sequences – is spectacularly fine. 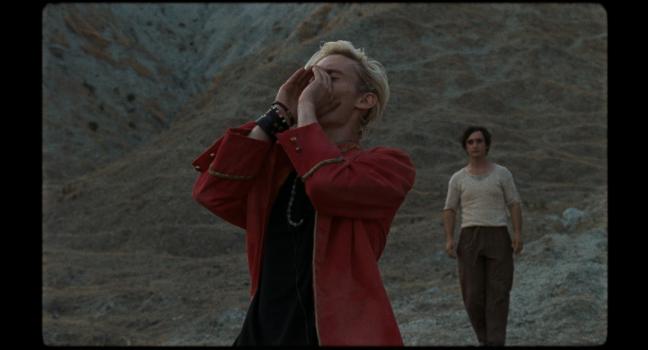 Neither a believer in miracles nor a fan of holy innocents, I nevertheless came to love this highly distinctive variation on the neo-realist aesthetic; its account of traditional peasant life, initially rather like something out of Olmi’s The Tree of Wooden Clogs, is subjected to a a number of surprising twists and turns, so that it becomes an almost mystical meditation on different kinds of slavery and a lyrical celebration of friendship and loyalty. I wrote about it at greater length here.

Despite a somewhat clunky and contrived framing story set in a courtroom – cue some earnest sermonising – this is undoubtedly the most ambitious and rewarding film yet from the Lebanese writer-director of Caramel and Where Do We Go Now? Spicing neo-realist observation with a pinch of Egyptian melodrama, she fashions a powerful and affecting story – seen largely through the eyes of its 12-year-old protagonist – of urban poverty, child labour, teenage brides, migration, homelessness and injustice. Crucially, Labaki’s handling of her young actors is superlative. 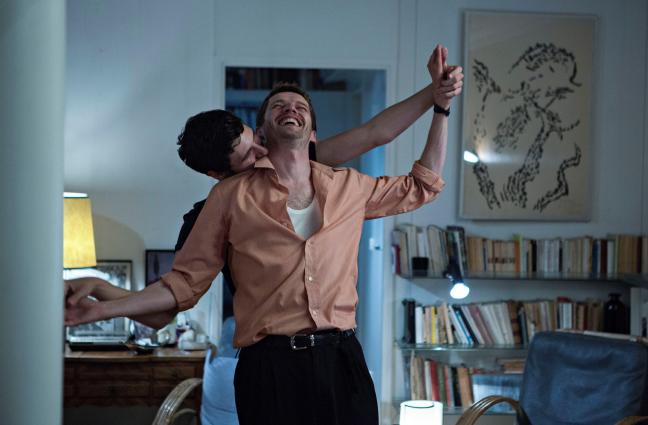 This wasn’t especially highly thought of by most critics, and I confess I initially found the meandering narrative – about a gay Parisian writer in his late 30s living life as best he can in the early 1990s – rather shapeless. Yet the film has an almost novelistic sense of detail, is very good on negotiating the subtle emotional shifts of a protagonist who likes to compartmentalise his existence, and is impressively deft when it comes to sketching comparatively minor characters. It’s also, at the end, surprisingly moving.

Another film I feel was rather underrated, probably because – it again being about the workplace and starring Vincent Lindon – there were most likely expectations that it would be another The Measure of a Man. Yet Brizé’s intentions are quite different here: in chronicling the progress of a strike by factory workers who feel they have been badly betrayed by their management and the company’s German owners, the focus is not so much on the emotions and ethical dilemmas of human individuals (as it was in the earlier film) as on the various competing forces involved in the conflict. As such, its episodic narrative – with repetitive but illuminating scenes of the union reps clashing noisily not only with executives but with each other – feels wholly fitting. I wrote about it at greater length here. 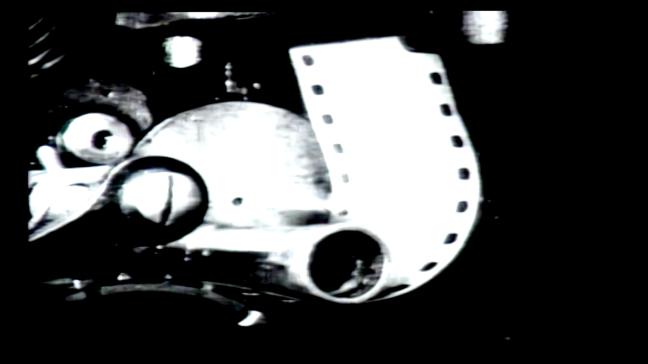 I confess I have not been a great admirer of most of Godard’s more recent features, which have usually left me bewildered, bemused and frustrated. This, however, was different. While a section on the shortcomings of Western thinking about and representations of the Arab world is overlong and not entirely lucid or persuasive, the earlier chapters are altogether more satisfying: playful, pertinent, witty and revealing as Godard forges fascinating links between movies (including some of his own), and explores representations of figures of authority, rebellion and – perhaps inevitably, given modernism and the Holocaust – trains. And the use of the very last clip – the danse macabre from Le Plaisir – is both appropriate and affecting. For me, this was Godard’s finest work in years.

Uneven in the way it lurches from comedy to serious drama to musical interlude to pastiche and back again – but that’s what a Spike Lee ‘joint’ has always tended to do – this is nevertheless his most impressive film in quite some time. Inspired by the true story of a African-American cop in Colorado, who in the 70s oversaw the undercover infiltration of the local Ku Klux Klan, it not only relates a story that’s fascinating in itself but, more importantly, demonstrates its ongoing relevance to the sorry state of affairs in Trump’s America. (The film closes with footage from last year’s events in Charlottesville.) Incisive and pleasingly forthright, it makes its points clearly and forcefully. 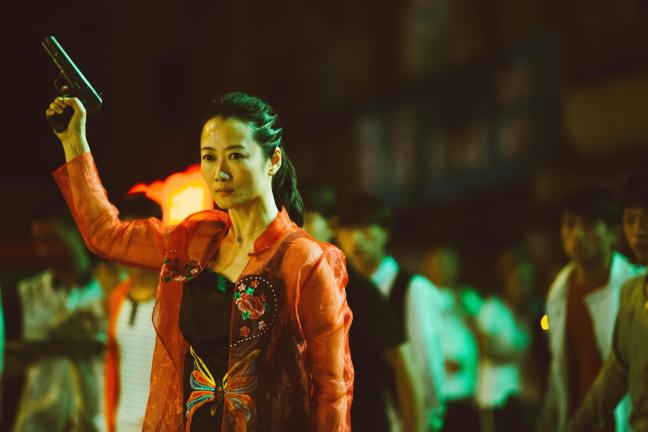 Like its predecessor Mountains May Depart, Jia’s latest is a tripartite film set over many years, but this time, without having to work in a language other than his own, the results are considerably less uneven. It begins in 2001, with the director’s wife and muse Zhao Tao playing the girlfriend of a local hoodlum. The second episode sees her character serving several years in prison on behalf of her ungrateful lover, and the third sees her free again, wandering China without work, money or a lover. In short, the film – Mildred Pierce-style – mixes crime movie fare with a more traditionally ‘woman’s story’ about unrequited love and sacrifice. Perhaps Jia’s most conventional film in certain respects, it nevertheless holds the attention,

Lacking the originality and charm of Tulpan, former documentarist Dvortsevoy’s second feature is nevertheless an engrossing realist drama in the dynamic, up-close style of early Dardenne films like Rosetta and The Son. If Ayka never feels as urgent or as resonant as those titles, it does succeed in conveying quite a lot about the plight of illegal immigrant worker’s in contemporary Moscow. As it follows the titular young woman, who’s abandoned the baby she just gave birth to in hospital, around the city in a seemingly endless and possibly futile search for work, the slow, careful drip-feeding of information about her predicament keeps us intrigued – but not, perhaps, very involved emotionally. That said, it’s bold filmmaking, and worth catching. I wrote about it at greater length here.