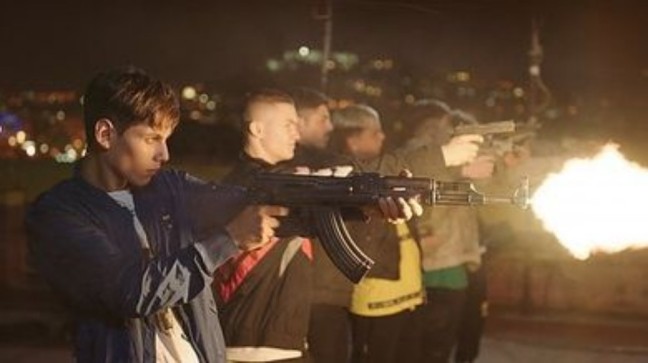 In writing about my favourite films at last year’s Berlin Film Festival – which I confessed from the start was not in my opinion a vintage edition – I felt able to select 10 films to recommend you look out for. In retrospect, now that the 2019 edition has come to an end, selecting that many films good enough to recommend seems to have been a luxurious position in comparison to my task here. I know I am not alone in feeling that the Berlinale which just came to an end was probably the worst in years – a particularly lamentable situation given that this was the last edition overseen by Dieter Kosslick, Festival Director since 2001. It would have nice for all concerned if he had been able to go out with a splash. Sadly, the paucity of satisfying movies felt more like a trickle so feeble and thin that it often gave the impression of being about to dry up entirely.

One film which did receive a very warm welcome – after its successful premiere in Sundance – was Joanna Hogg’s Souvenir, which played in the Panorama section; unfortunately, the two screenings of that title which I might have attended clashed with screenings of competition films I needed to see, and since I knew Hogg’s movie had a UK release lined up, I decided to wait and see it back home. Otherwise, ‘buzz’ was barely noticeable; there were a few who voiced their admiration for the Latin American film Monos, which I found bombastic and derivative, and for all I know there may even have been some who supported Fatih Akin’s relentlessly grotesque ’70s serial-killer saga The Golden Glove; I didn’t bother to read any reviews, since for me simply sitting through the film – arguably the worst in competition – had been an exhausting, distasteful ordeal.

So this year I am going to limit myself to highlighting just half a dozen favourites from the 25 films I caught. There were of course other movies which had qualities deserving of praise – the cinematography in Wang Quan’an’s Öndög and Emin Alper’s A Tale of Three Sisters, for instance, or young Helena Zengel’s performance in Nora Fingscheidt’s System Crasher; the unflinchingly  bleak recreation of the Ukrainian famine in Agnieska Holland’s Mr Jones, or the documentation of the joyous live recording of an Aretha Franklin gospel album that is Amazing Grace. And I suspect I might have appreciated Wang Xiaoshuai’s So Long, My Son more had I not, like several colleagues I spoke to afterwards, found the time-leaping narrative confusing in places; perhaps, on a second viewing, the virtues which it clearly has would be easier to grasp. Whatever, listed below are the six movies which I enjoyed most. Not one struck me as a masterpiece, or even especially great, but they are, I believe, movies well worth checking out if they come your way. And they all impressed me and gave me considerably more pleasure than Synonyms, the film which ended up being awarded the Golden Bear. 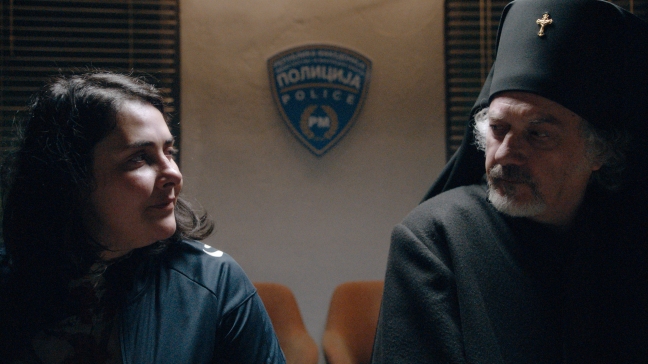 Mitevska’s first film in the main competition (following several features selected for the Panorama strand) is a pacy, powerful tale of an unemployed 32-year-old still living with her parents who finds herself in conflict with the Church, the police and almost anybody who supports Macedonia’’s patriarchal status quo after she impulsively enters into – and wins – a ritual contest traditionally open only to men. A sharp wit, a keen sense of justice and a no-nonsense approach to narrative combine with Zorica Nusheva’s marvellous lead performance to produce a film as intelligent as it is entertaining. You can read more about it here. 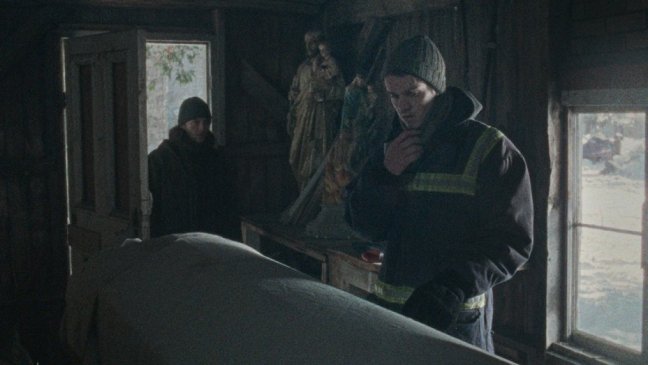 Québécois writer-director Côté seldom makes uninteresting films, and this is certainly one of his most intriguing and rewarding fiction features. About the effects a young man’s sudden and entirely unexpected death has on a small, inward-looking, rural community, the film is a thoughtful, often unsettling look at how we deal with mortality; not just our own, but that of everyone we have ever loved or known. Shot on 16mm to highlight the hallucinatory aspects of a snowbound landscape, the film maintains its capacity to surprise and disturb. You can read more about it here. 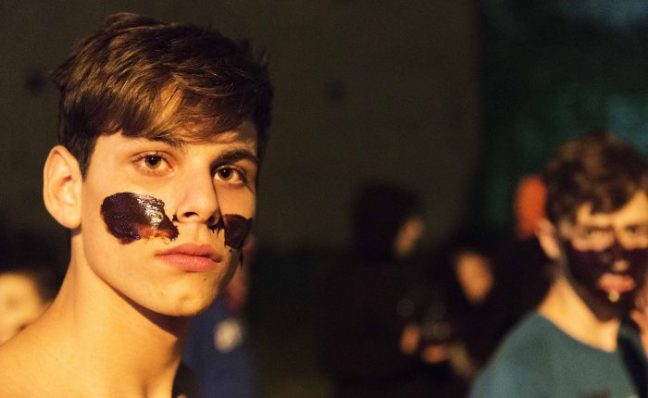 Adapted by Roberto Saviano (the investigative journalist who wrote Gomorrah) from his own novel about teenage gangs getting caught up in organised crime in Naples, this is in many ways a fairly conventional film in terms of both content and style, but that does not detract from the perspicacity of its insights or the overall aura of authenticity. Giovanessi directs with quiet assurance, and is helped no end by the performances of a non-professional cast; Francesco di Napoli excels as the fundamentally well-meaning but all-too-easily misled 15-year-old looking to improve his lot. The film (also pictured at the top of this piece) won the prize for Best Screenplay. You can read more about it here. 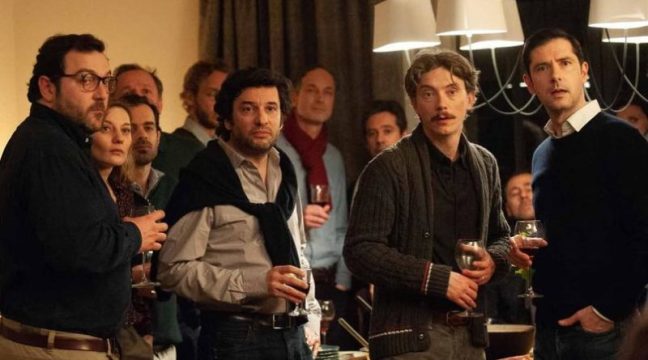 Versatile but variable, Ozon here produces a sobering, moving and undoubtedly heartfelt film based on the true story of the victims of a sexually abusive Catholic priest coming together as adults, years after they were assaulted, in an attempt to force the Church to acknowledge both his crimes and its own shameful complicity in his acts. Constrained as it is by facts, the narrative might have felt overly repetitious had not Ozon rather daringly decided to switch protagonists as the story proceeds, making for an illuminating exploration of different aspects of French society and social mores. And the performances by an expertly chosen cast are beautifully nuanced. The film won the  Silver Bear Grand Jury Prize (effectively the runner-up to the Golden Bear). 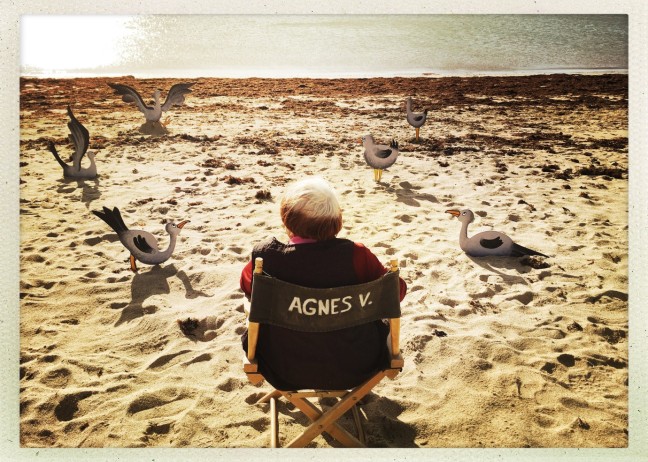 Now 90, the seemingly indomitable Ms Varda looks back over her life and career as a filmmaker, photographer and (her choice of words) visual artist, reminiscing either by herself or with friends and associates and punctuating her fairly freewheeling survey with judiciously chosen clips and archive interviews. She’s done this sort of thing before, of course – in film, in print, on stage (and this film weaves together a number of live performances) – but it’s no less enjoyable, illuminating or inspirational for all that.  And it does bring things pretty much up to date, which means it offers more material on her installations. Moreover, as always, it left me wishing that someone would mount a major exhibition of her work as a photographer: and do it soon, please!

And Your Bird Can Sing    Kimi no tori wa utaeru  (Sho Mikake, Japan) 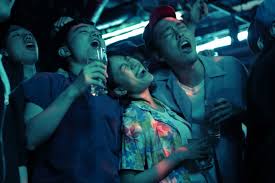 A small film, this, and one that’s a little slow to exert its grip, but that in the end is part and parcel of its appealing delicacy and subtlety. It focuses (loosely) on three characters – a slightly self-centred slacker working half-heartedly in a bookstore; a female colleague whom he unexpectedly lures away from the affair she’s having with their boss; and the unemployed friend with whom he shares a small apartment, who also starts getting on extremely well with his new girlfriend. Unsurprisingly, things begin to get complicated… There’s nothing especially original about Sho’s second feature, but it is keenly alert to how emotions may develop and change, and boasts pleasing moments of wry humour.  Most engagingly, without being remotely sentimental, it really feels as if its creator likes people, however flawed. (Which is why it is infinitely preferable to the aforementioned Fatih Akin film; if that particular film comes your way, I suggest you give it a wide berth.)

One thought on “My best of the 2019 Berlin Film Festival”