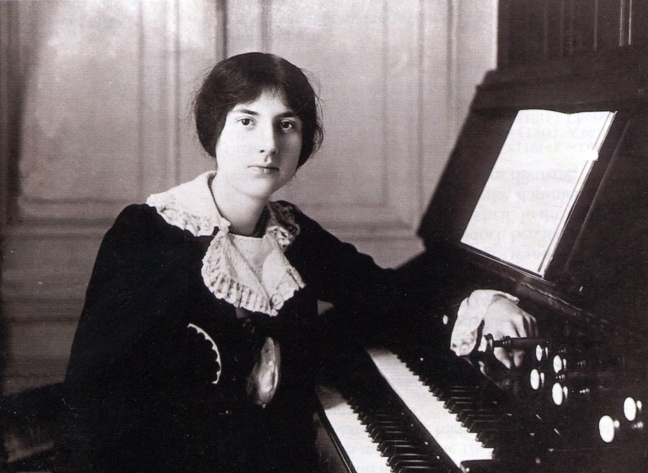 It is International Women’s Day, and while I appreciate that some may consider it presumptuous for a male to offer a few recommendations pertaining to female excellence, I hope there won’t be too many objections to this particular celebration of women’s genius. Only this week I read an article by Susanna Eastburn in the Guardian arguing that women composers should be taken more seriously; I could not agree more. For one thing, there have been great women composers ever since Hildegarde Von Bingen (and quite possibly earlier); much has rightly been made of the neglect, marginalisation or underestimatiion of figures as various as Barbara Strozzi, Clara Schumann, Fanny Mendelssohn, Lili Boulanger (pictured above), Ruth Crawford Seeger or Grazyna Bacewicz. But given widespread attitudes towards contemporary music for the concert hall, there is also a risk of not recognising the considerable talent that is with us now. Which is what this brief blog is about: some heartfelt recommendations.

Probably almost half of the ‘contemporary classical music’ (just what are we supposed to call this glorious stuff?) that I’ve been listening to for the last few years has been composed by women. And most of it has been great: inspiring, innovative, exciting, enormously rich in resonance and variety. So if you feel women composers have’t been on your radar as much as they might have been, here are a dozen you might like to check out. It’s simply the subjective enthusiasms of a male listener, I know, but don’t let that put you off. And of course, beyond the very diverse examples you can click on below, there are plenty more to discover for yourself. Check out Youtube, Soundcloud, Spotify. Better, buy CDs. Even better, go to see and hear the music live.

As it happens, a fellow student during my university years was Judith Weir, who is now Master of the Queen’s Music, so let’s start with an appropriately  uplifting piece by her before moving on to some other contemporary British composers (listed in alphabetical order) whose work I’ve turned to repeatedly. Then I will be recommending  a few other favourites from around the world, likewise differing somewhat in age and style but all very interesting and rewarding. Please do give them a try. There’s talent galore here and while you may not like all of the samples, I hope that there is at least one gem (or more) that will please you as much as it does me.

Charlotte Bray – At the Speed of Stillness

Actually, Musgrave has lived in the USA since the 1970s and Tabakova was born in Bulgaria, but this isn’t the place to be discussing questions of national identity. There are plenty of  other contemporary British composers you might like to check out:  Sally Beamish, Tansy Davies, Cecilia McDowall, Anna Meredith and Roxanna Panufnik are among the best known.

And then, obviously, there are a great many terrific women composers elsewhere. Here, again in alphabetical order, are a few personal favourites.

Sofia Gubaidulina  (Russia, based in Germany) –  In Tempus Praesens

Kate Moore (Australia, based in Netherlands) – Stories for Ocean Shells