This year’s Cannes Film Festival – the 70th edition of the event, and my own 30th attendance at the gig – was far from remarkable; indeed, in terms of the films in the main competition, it was probably a little underwhelming. Yet Cannes is the world’s most famous film festival, and that arouses very high expectations which are hard to fulfil; Thierry Frémaux and his programme advisors can only select from the films that are ready and available at that particular time of the year. This year, it seems, there were few if any masterpieces for them to draw upon; rather, the festival presented a decent selection of mostly good or very good films, with few outright stinkers. Can one ask for much more than that? Maybe not. If it’s better than that and you get four or five truly great films on offer – maybe even a couple of bona fide masterpieces – you’re in luck. But it wasn’t quite like that this year, I’m afraid.

Still, from the 35 films I managed to catch, I’ve had no trouble singling out ten titles which I for one especially liked or admired. There were other perfectly enjoyable films that didn’t quite make the grade – Hong Sangsoo’s The Day After and Claire’s Camera (yes, he had two films there), Roman Polanski’s Based on a True Story, Noah Baumbach’s The Meyerowitz Stories (New and Selected), Sofia Coppola’s The Beguiled and the Safdie brothers’ Good Time – and I especially regret leaving Barbet Schroeder’s grim documentary The Venerable W out of the final list. But I had to draw the line somewhere, and in the end a straightforward top 10 seemed right. So here are my favourites, more or less in order of preference.

The Square (picture above)

Set in the contemporary art scene and centred on a well-meaning but complacent curator, this is funny, relevant, suspenseful, haunting and packed to overspill with interconnected ideas about the limits of responsibility, connectivity, creativity… and humanity. Exhilaratingly imaginative, for me it fully deserved the Palme d’or.

In one brief, brisk film about a well-to-do Calais family almost oblivious to those less fortunate than themselves, this ingeniously reassembles and updates the various themes from Haneke’s previous films to fascinating, insightful and sometimes darkly satirical effect. 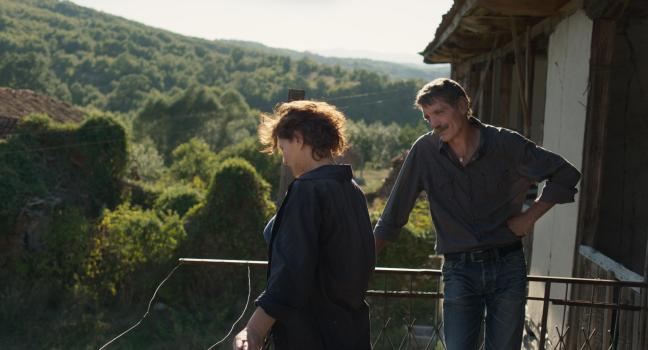 Eleven years after Longing, the underrated but highly talented German director returns with a likewise delicately nuanced, psychologically astute study of human relationships: this time between German construction workers and the locals in a Bulgarian village. A marvellously authentic account of a certain kind of masculinity.

You Were Never Really Here

An audaciously impressionistic hitman thriller, less interested in the precise details of the storyline than in the inner life of its brutally efficient, tormented yet sometimes surprisingly tender protagonist (Phoenix in fine form). With its striking images, subtly suggestive soundtrack and very distinctive narrative style, this is Ramsay back on form. 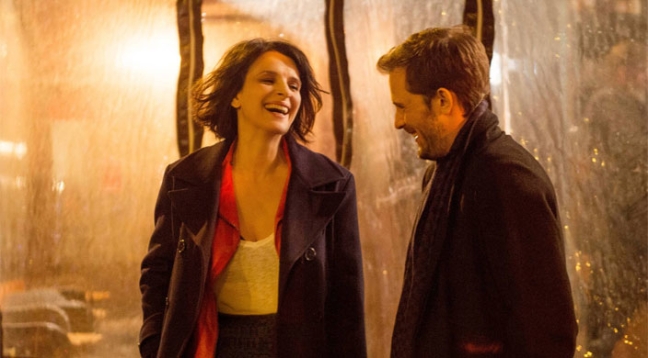 Witty, warm and wise, this courses through a series of episodes (significant to her anyway) in the troubled love life of an artist who fears she faces a lonely future. One of Denis’ finest films, it boasts a superb performance by Binoche, typically great camerawork by Agnès Godard, and a lovely, funny turn by Depardieu.

Documenting ten legal hearings involving patients involuntarily admitted to mental hospital and the judges who decide whether or not they may leave the institution, this is an illuminating, profoundly saddening and sublimely compassionate look at human frailty, hope and despair.

Lucid, unsentimental and bleak, this tale of a bitterly estranged couple reluctantly joining forces in the search for their teenage son who has mysteriously gone missing paints a very plausibly dark picture of life in today’s Russia.

Varda and fellow photographer tour France documenting faces and landscapes, commenting on and communicating with the people they find, and getting to know each other a little. An upbeat celebration of community and creativity, it gains substance from its asides on the effects of age and time’s passing – including, painfully, the apparent loss of an old friend.

24 short films which Kiarostami was working on in the last few years before his untimely death, and which dramatically transform static images (Bruegel’s ‘Hunters in the Snow’ and photographs by Kiarostami himself) through the introduction of sound and movement. Strange, haunting, lyrical, sometimes funny, they add up to a masterly meditation on perspective and point of view, time and place, what’s visible and what’s unseen, life and death. 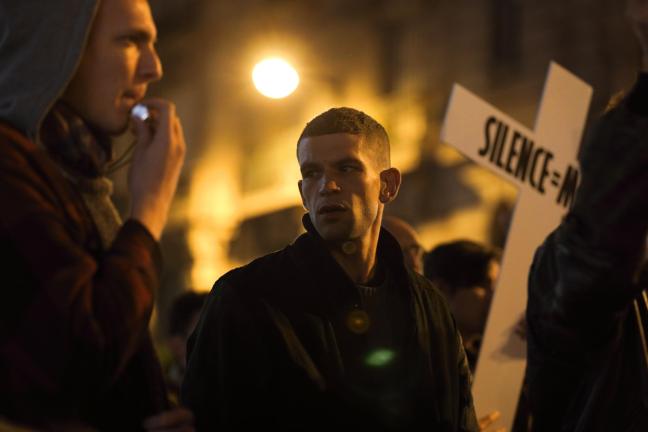 Revisiting the onset of the AIDS era by centring on the awareness-raising provocations carried out  by Paris’s Act-Up activists, this is at once vivid historical recreation, an expert analysis of the issues involved in the campaign and, finally, a moving love story that doesn’t cheat us in its representation of death and grief.

Oh yes, and afore ye go, it wasn’t just about what one could see in the cinemas…

Most memorably pleasant event of the Festival outside of a cinema: lunch (unplanned and unforeseen) with Michael Haneke and Isabelle Huppert, each of them a friend of some years now.

Most memorably unpleasant event of the Festival outside of a cinema: the (very) long journey home, chaotic, confusing and wearisome thanks to British Airways’ IT meltdown. Not a good way to end an already exhausting 11 days. Drat!

One thought on “Cannes 2017: My personal best from the 70th edition”